Alice Green Hoffman made a monumental contribution to Pine Knoll Shores.  Without her, the Roosevelts would not have had the swath of near virgin real estate to convert into an environmentally sensitive, planned community.

During the 35 years she owned property on Bogue Banks, she had to struggle with two conflicting forces—her love of the land in its natural form, which drove her to employ conservation principles, and her desire to derive financial support from the land. She tried harvesting timber, dairy farming and other agricultural activities.[i] Whether due to location, inappropriate use, market forces or mismanagement, these activities for the most part failed and left little lasting impact on the land.

When the final score was tallied up, her respect for nature won out. She made minimal changes; she left it as she found it, virtually untouched. She was a true steward of the land.

Alice assembled the land starting in 1917, the largest tract purchased from John A. Royall, with additional parcels acquired from others.

Her holdings exceeded 2,900 acres from ocean to sound and ran approximately 10 miles along Salter Path Road, from mile marker 2¼ to 12¼.[ii] The land that passed to the Roosevelts began at mile marker 4½, the eastern two miles having been lost in a series of complex and convoluted legal proceedings. The background and development of the maps shown in this post are discussed in detail in “Deeds,” “Surveys," and “Boundaries.”

It is conceivable that an owner with a different mindset and lacking a respect for nature could have sold the land off in parcels, but Alice did not. In spite of her many financial difficulties, she held it all together.

In 1908, before Alice purchased Mr. Royall’s land, he sold off 80+ acres at mile marker six to Oscar Kissam, a land speculator from New York who sub-divided and sold the lots, forming a development called Abonito, also referred to as Abonita. This type of random, spot land development 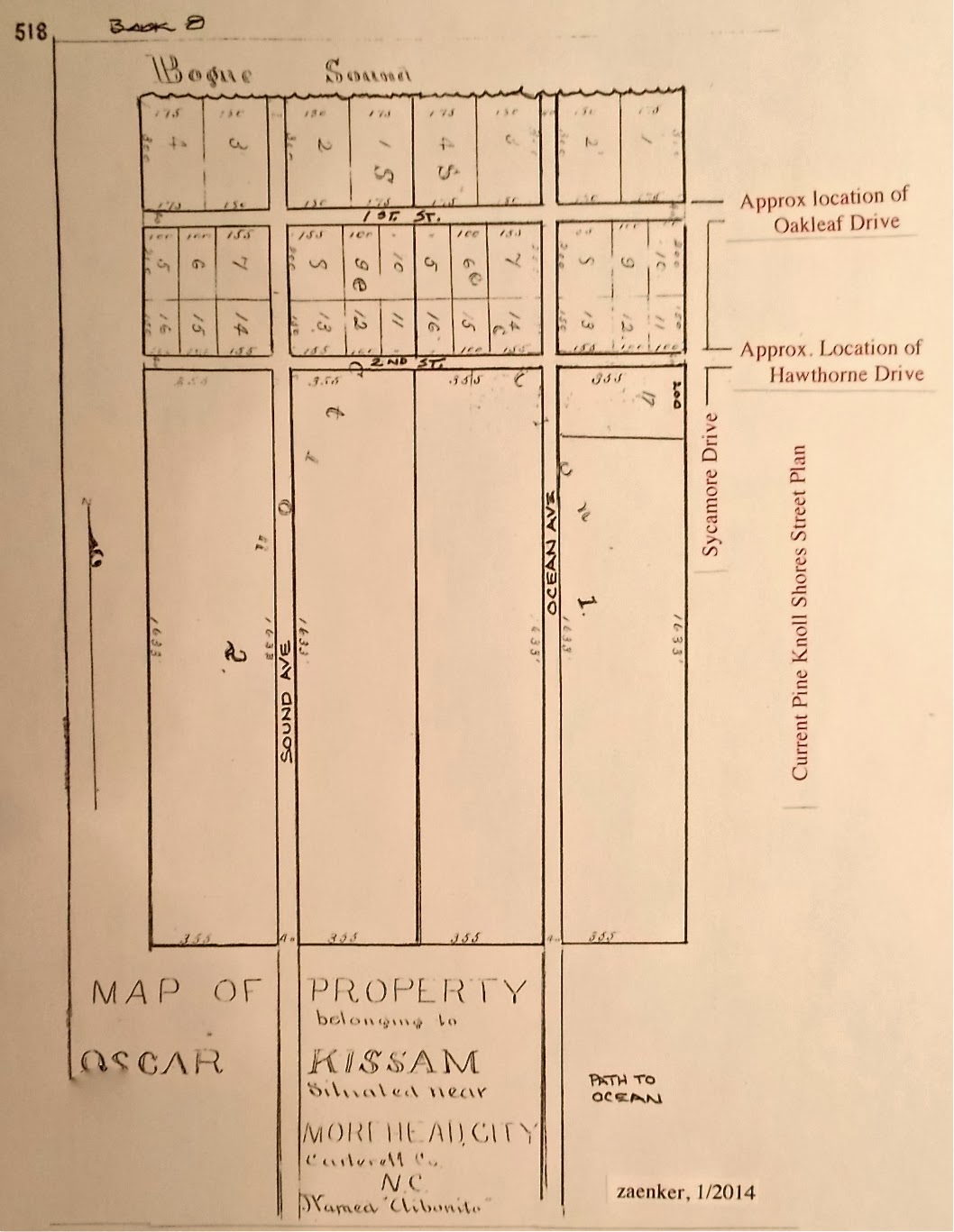 was common up and down the East Coast during the early 20th century.

In the 1940’s Mrs. Hoffman declined the recommendation of her advisors to develop the ocean beachfront as a resort and vacation destination. Whether this reluctance was because she loved nature, because she lacked the financing required for a large development, or because of concerns that large development would bring the commoners near her home is impossible to know. Most likely a bit of all three played a role in her decision-making.

Without Alice, these 2,900 acres could have been turned into a series of small, disconnected entities without the blended continuity that developed as a result of the Roosevelts’ vision. Her 35-year stewardship left the land mostly intact for the Roosevelt Trust to gradually and gently guide development, a process that extended over 30 years. Thank you, Alice.

It is reasonable to ask where did a lady born and raised in New York City, the nation’s largest urban center at the time, acquire this reverence for nature. Perhaps, an extended stay at her grandparents’ farm in Ohio when she was eight sowed the seed. Another source may have been exposure to the natural sciences while attending Miss Porter’s School for Girls in Farmington, Connecticut, during her teen years. 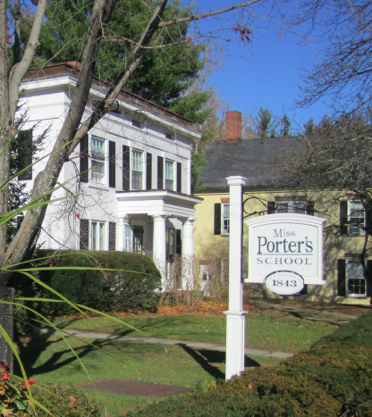 Perhaps her extensive foreign travels through Europe,[iii] China and the Philippines also contributed. Her summers in the woods of Maine and vacations in Canada, where she spent much time outdoors working in the forest, clearly had an impact on her.