The names of various members of the Roosevelt family come up from time to time when discussing the history of Pine Knoll Shores. Presented here is a brief genealogy along with my understanding of the family’s naming conventions.

The Roosevelts used some unique naming conventions and confusing suffixes. They had legal given names and names they were generally known by. For family members and their contemporaries, the names they used were probably unambiguous, but for historians and the rest of us doing historical research, the names are confusing.

I have concluded that the simplest way to address the issue is to put birth-death dates after each name. In this way, I can identify the person regardless which name is used.


Roosevelts were among the earliest settlers in the Dutch colonial settlement of New Amsterdam, in what would later become New York City. [i] 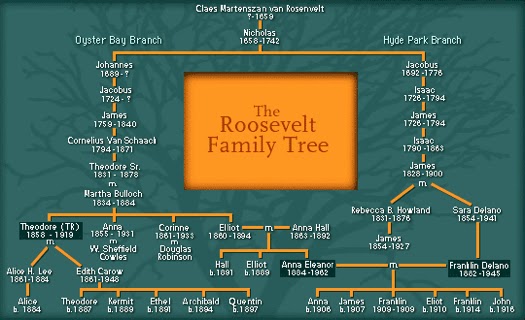 Maartenszen van Rosenvelt immigrated to America from the Netherlands in 1649. The family established two main branches referred to by location: the Oyster Bay branch and the Hyde Park branch. The Hyde Park branch gave the nation the 32nd President Franklin Delano Roosevelt. The history of Pine Knoll Shores is deeply intertwined with the Oyster Bay branch, which gave the nation its 26th President, Teddy Roosevelt.

As in most families, a small group of given names in Theodore Roosevelt’s family are repeated from generation to generation, and these names receive further suffix or post-nominal designations such as Sr., Jr., III, IV, V, etc. Add the names they were called, or nicknames, and keeping track of which Roosevelt one is referring to becomes quite a challenge. 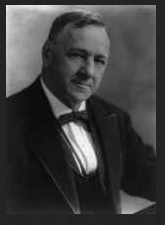 The women of the family were not completely immune from this affinity for the name Theodore. TRIII had a cousin, daughter of his fathers’ brother Archibald, who was named Theodora Roosevelt (1919-2008). But, she had no known role in developing PKS.

Theodore Roosevelt III (1914-2001) assumed a leadership role for the family trust in their dealings with the Bogue Banks properties.  AC Hall talks about several visits by TRIII during the planning and development of the land.  In high leather boots he would track through the maritime forest, seeing where roads and canals could be built and generally getting the lay of the land.