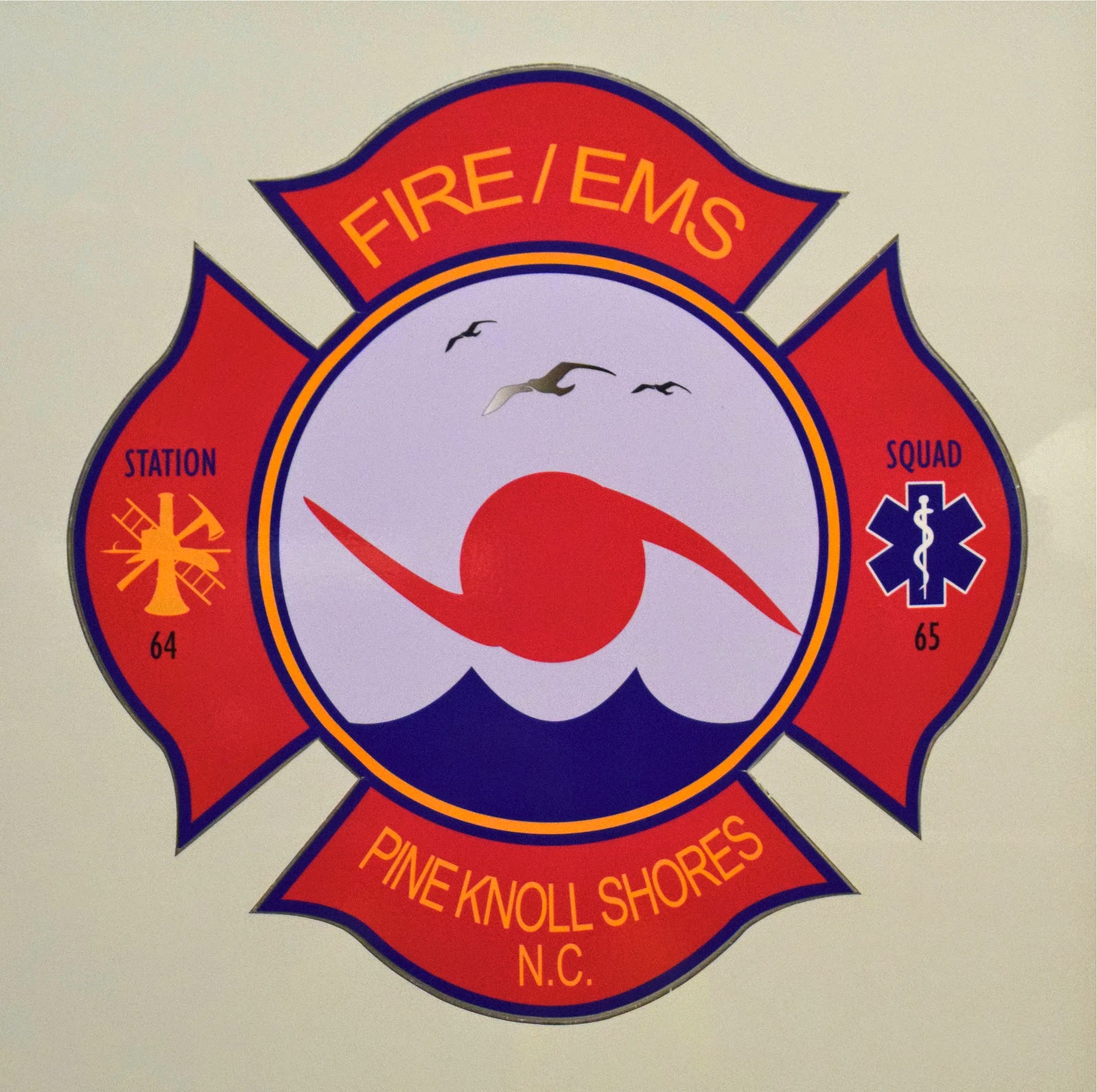 Today in Pine Knoll Shores, fire protection and emergency medical services are the envy of many communities. The improvements made since the first lot was sold in 1957 are remarkable, thanks to the work and dedication of our neighbors past and present. The approach, equipment, and technology have changed over time, but always with the objective of faster response time, improved on-site actions, better outcomes. This post provides a brief history, background and context of those efforts.

The earliest residents of the land that we now know as Pine Knoll Shores took personal responsibility for fighting fire. The earliest documented inhabitants were the Meginnis clan who resided here for several decades in the early 1800s. The 1910s saw a sprinkling of people living here for months at a time. John A. Royall had a lodge used by his family in the winter months, and several families from Huntington, Long Island, spent winters here in small fishing and hunting cabins in the Aibonito development. In 1915, Alice Hoffman joined this group of part-time residents, initially living in the guest cabin of John Royall’s lodge. Over the next three decades, she expanded that cabin to a rambling two-story home with 16 rooms. Her homestead expanded also, to included cottages for staff, two barns, numerous garages and sheds—all without electricity, but all with a need for fire protection.

Light came from candles and oil lamps, and wood was the primary heat source, so a fire getting out of control was always a possibility. Water was supplied to Alice Hoffman’s house by an engine-powered pump and an elevated water tank. Hardly pressurized, as we understand the term today. In her unpublished autobiography, Alice tells of an episode where debris was being burned on the grounds near the house and the fire got out of hand. She told her personal maid Clemence to “start the pump,” turning it on and off as needed. The hose was not long enough, so they filled buckets and carried them to put out the fire—a two-woman bucket brigade. The house was saved!

The Roosevelt family took control of Alice’s land after she died in 1953. In 1957, they started selling lots without a central water system along Yaupon, Juniper, Willow and Holly. Each lot owner had to provide a well.
Fire protection from surrounding towns was possible but distant. The Morehead City Volunteer Fire Department was established in 1906, and, by the 1950s, was a paid professional organization. As of 1955 when the Ocean King Hotel burnt, Atlantic Beach did not have a fire department or fire hydrants. Even though fire brigades from Morehead City, the Coast Guard, Beaufort, Newport and New Bern came, the oceanfront hotel was a complete loss[i]. Two years later, in 1957, the Atlantic Beach Volunteer Fire Department was organized and equipped with one tank truck.
The early lot sales convinced the Roosevelts of the larger potential of the area. By the early 60s, they added a professional town planner, A.C.Hall, to the development team. He envisioned a more elaborate development with an array of modern amenities and with a canal system to aid in drainage and mosquito control, while protecting the environment. This was a community more appealing to permanent residents and full-time living, so fire protection and emergency rescue would become bigger issues.

When the canal portion of Pine Knoll Shores was put on the market in 1967, the Roosevelts also included a set of covenants that went with the land. Those covenants established a home owners association, the Pine Knoll Association, Inc. (PKA). During the first years of PKA’s existence, it handled most of the functions of a municipality—water system, roads, police, trash, etc. During this time, fire protection was requested from Atlantic Beach, with backup from Salter Path and stations on the mainland. As the population grew, the need for fire protection apparatus and trained personnel located within the community became apparent.

The tradition of the volunteer fire fighter is deeply ingrained and held in high esteem in the American culture. In 1736, Benjamin Franklin established the volunteer Union Fire Company in Philadelphia, the first fire fighting company in Pennsylvania. George Washington was a volunteer firefighter in Alexandria, Virginia. In 1774, as a member of the Friendship Veterans Fire Company, he donated the first fire engine to the town.[ii] This was a human powered hand pump pulled to the scene by the volunteers.

According to the U.S. Fire Administration, a part of FEMA, in 2012, there were over 26,000 fire departments, staffed by 1.2 million personnel in the United States. Of those total departments, 71% were all volunteer. In North Carolina, 63% were all volunteer. An additional 28% were staffed at least half by volunteers, Only 9% had predominantly paid career personnel[iii]. Volunteers are still a key component for staffing fire departments in the United States.

After the Town of Pine Knoll Shores was incorporated in 1973, one of the first tasks it took on was to study the approach to town-wide fire protection and ambulance service. In July 1975, an agreement was reached with Atlantic Beach for fire protection on a fee basis for the eastern part of town and with Salter Path for rescue and fire protection for the western part of town.[iv] This arrangement was to remain in place until the town organized its own capability.

In 1977, the Board of Commissioners authorized the establishment of a Rescue Squad and a separate Fire Department. By 1978, the all-volunteer rescue squad was in operation. The town purchased its first official ambulance, and a volunteer crew of 18 began specialized training. Over the years, many also completed the arduous training for EMT rating. Each week, a member of the rescue squad was the assigned driver, and the ambulance went home with that person, in this way shortening response time. Over the years, the ambulance was spotted all around town.

The organization of the volunteer fire department was well underway in 1978. The first piece of equipment was a surplus State Forest Service 4-wheel-drive weapons carrier that was equipped with a water tank. 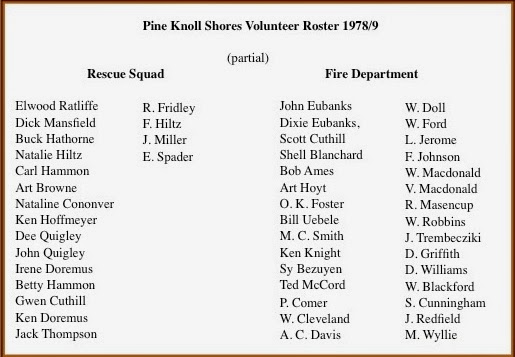 The roster above identifies 49 members of the Fire/EMS operation in 1978-79. The total population of full-time residents of Pine Knoll Shores at that time was reported in the December 1977 Shorline to be 770. The fire and rescue volunteers represented over 6% of the population.

During these formative years, long-time resident “Jack Goldstein worked with his friend Tom Willis, who had just started a Regional Development Institute at East Carolina University to assist municipalities with projects. Through Mr. Goldstein, Pine Knoll Shores became one of Tom Willis’s first clients, and the Regional Development Institute assisted in getting a low-interest loan for the town to build its own fire department.”[v]

In 1980, both the fire department and the rescue squad were declared official departments of the town. From that point on, operating expenses and capital needs were fully funded by the town[vi]. All the volunteers could now focus on their duties and no longer be concerned with fundraising. During these early years, there was also a Ladies Auxiliary unit that supported both the fire and rescue volunteers. From the beginning, both the fire and rescue teams included women on the rosters. The Ladies Auxiliary exist today as the Pine Knoll Shores Fire Auxiliary and continues to support the Fire/EMS activities of the town. 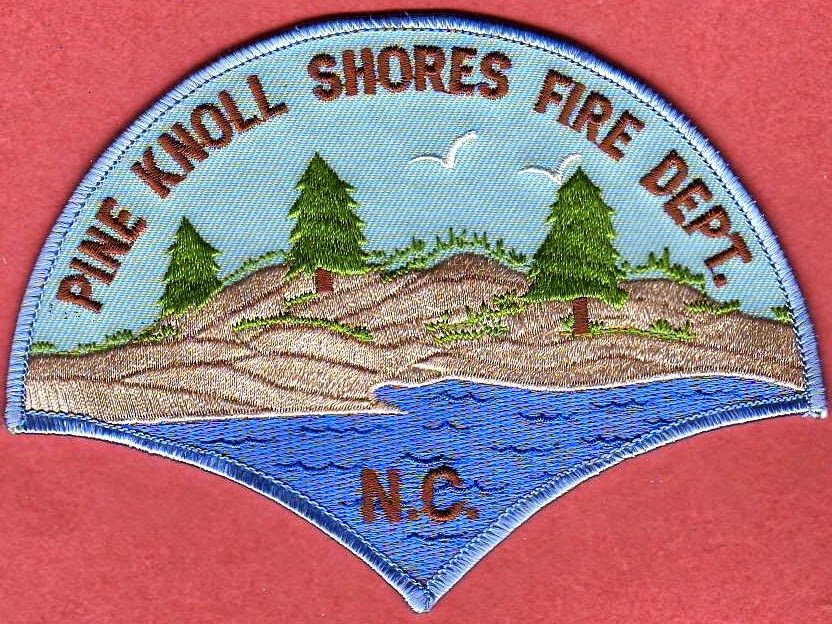 This general arrangement—separate fire and rescue, town funded, volunteer staffed – continued through the 1990s. During the first half-dozen years of the 21st century, change was underway, and the town gradually migrated to the current arrangement, which is combined town-funded fire & EMS with cross-trained paid staff and volunteer support. The staffing scheme needed for 24-hour 365-day-a-year coverage requires three shifts. Originally, each shift was made up of assigned volunteers. The first paid position was a chief to manage both fire and rescue. Then one paid fireman was added to each shift; later two were paid; and by the 2007, the department had 10 paid career personnel—three for each of the three shifts—and a chief.

This fundamental change in approach to providing vital services was not without controversy. There were a number of forces driving structural and organizational changes—federal and state regulations, insurance industry ratings, the desire to enhance grant applications and the growing difficulty in attracting an adequate number of volunteers, to name a few. During this period, the county was pushing a plan to take over all EMS activities as a county-wide function, which after much discussion was put aside. A study was also undertaken to assess the benefits of combining Atlantic Beach and Pine Knoll Shores fire departments; doing so proved to be economically unattractive.

The transformation of the fire & rescue operations was further complicated when the town also took on major debt for beach renourishment, the water system and the public safety building. During the early 2000s, to manage these various projects, town governance changed from a commissioner-managed form of government to a council-manager form. 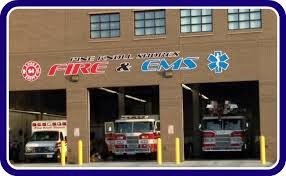 Even with more paid professionals, to respond adequately to any emergency event, additional trained individuals are still needed, both on the scene and at the station.

Volunteers at the scene might be assigned any duties they are trained for, including manning the pumper controls, moving and attaching hoses and bringing the second pumper truck to the scene if needed. They also are responsible for safety control and, if fully trained, could be assigned to enter the structure when there is a fire alarm. While the normal staff is at a fire, volunteers will man the station house and provide backup if a second event should occur.

To adequately operate the Pine Knoll Shores Fire "Station 64" & EMS "Squad 65," the town depends on volunteers. To maintain the current fire insurance rating, which is directly related to the homeowner’s insurance bill, the town must maintain a roster of 20 trained personnel. The volunteers pay a dividend to each homeowner every year in the form of a reduced insurance bill.

George Washington and Ben Franklin had the time to be volunteer firemen. Sixteen of your neighbors have time. How about you?