Georgina Pope Yeatman (1902-1982) has no direct connection to the history of PKS, but there are interesting parallels between her and Alice Hoffman.

To appreciate the life of Georgina Yeatman it is helpful to keep in mind the life and times of the better-known Carteret County resident Alice Green Hoffman, whose life and exploits are covered in detail in other locations on this site. 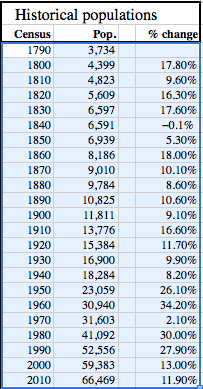 The male-dominated culture of the times characterized women as mothers at home taking care of the babies, tending to the cooking and cleaning.  Few women were involved in professions other than teaching even though the 19th Amendment to the United States Constitution, giving women the right to vote, was passed in 1920.

Given that environment it is extraordinary that Alice Green Hoffman was able to live and prosper as an independent, non-conformist, free-spirited individual. Perhaps even more extraordinary is that during the same timeframe, Carteret County had a second strong,
socially prominent and widely traveled woman,
who was born to a well-to-do Northeast family and educated in the best schools. Like Alice, Georgina came to Carteret County later in life, acquired large land holdings, and lived in a remote part of the county with a female business partner. Both also tried farming, raising cattle, harvesting timber, and the dairy business.[i]


In addition, Miss Yeatman owned and flew her own planes and was an accredited architect.
Georgina’s earliest exposure to North Carolina was mentioned in the society page of the New York Times, Dec 19 1921, in news from the Pinehurst Country Club, NC: "A good size riding party which covered a wide circuit yesterday morning, included . . . Miss Georgina Pope Yeatman of Philadelphia . . ."
She became interested in Carteret County in the early 1930s when flying over the large expanse of cultivated fields in an area northeast of Beaufort.  Georgina Pope Yeatman purchased a parcel she called the Open Grounds from the University of Chicago in 1936, [ii] and acquired other adjacent properties, bring her total Open Grounds holdings by the late1940s to over 43,000 acres.[iii] – a spread significantly larger than the Alice Hoffman estate, but it lacked an Ocean view.
To escape the intense heat in eastern Carolina, Yeatman also owned a home in Asheville, NC, at 353 Midland Drive. She owned a house in Beaufort’s Hancock Park on Live Oak St. as well. Here, she had a telephone.  Her Open Grounds property had its own water and electricity but no phone or permanent utilities until the mid-1950s.[iv]

When Miss Yeatman died in 1980, she still lived on her homestead off Yeatman Ln.
She had sold her farming operation to the Ferruzzi Group, an Italian agricultural corporation, in 1974. The Open Grounds Farm is still in operation today, being one of the largest farms in North Carolina and a major source of tax revenue in Carteret County.  Like Mrs. Hoffman, Georgina left her mark.


Her philanthropic interests included a number of local churches attended by her employees as well as St. Paul’s Episcopal Church, Beaufort Historical Association, and state universities at Greenville and Chapel Hill. She also gave a quarter-million dollar gift to the North Carolina State University Foundation.

There is no record that Alice and Georgina knew each other, but given the times, their backgrounds and the uniqueness of their endeavors, it is hard to believe that they did not.