The Roosevelts named many common areas in Pine Knoll Shores for individuals who worked directly or indirectly for them and played a role in the town's early development. The story of Garner Park is somewhat different. [i] 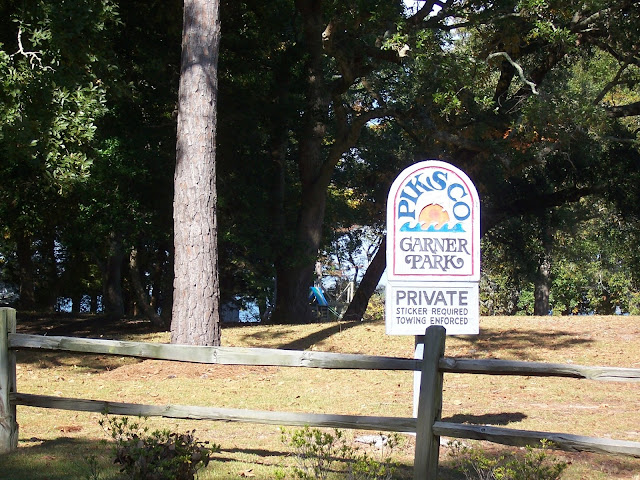 Freshly dug canals filled with alligators, three newly laid roads (Juniper, Willow and Yaupon), the Atlantis Lodge on Highway 58, dense marsh, thick maritime forest, a few houses, and a plan—that is the core of Pine Knoll Shores not yet incorporated as a town in the late1960s. The main road is narrow and roughly paved. It starts at Atlantic Beach and ends in a dirt trail at Salter Path.

Eva and Willard Garner, living in Atlantic Beach since the 1950’s, decide to build a home here. They select a lot on a new street, Oakleaf Drive, connecting the three original roads. Next door is land designated as common area in the Roosevelts’ master plan. That common area, just east of Juniper Road, originally identified as North East Sound Park, opens onto a small canal on one side and to Bogue Sound on the other.

Eva and Willard’s sons, Ches and Mike, say their father purchased a tractor with a bush hog and used it not only to mow his own property but also to clear other land. “Working with Don Brock and Colonel McNeil, he cleared common areas for parks, including the one next to our house,” says Mike. Willard Garner continued to use the bush hog to help maintain the park next to his property. 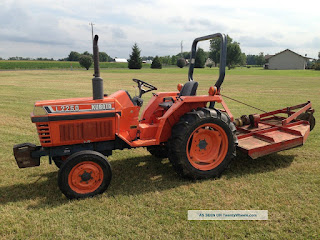 Image of tractor with bush hog that may be like the one Willard Garner used.ii

Initially, Pine Knoll Association (PKA), the first homeowners’ association, governed all common areas. In 1972, Pine Knoll Shores Corporation (PIKSCO) homeowners’ association incorporated. By 1977, when the Roosevelt family was finally ready to transfer property rights, PIKSCO had already assumed responsibility for four of the parks. The deed transfer made ownership official. PIKSCO received Memorial Park (much later donated to the town for beach access), Morgan Hammer Park, McNeill Park and Garner Park. PKA received Ocean Park, Brock Basin, Hall Haven, and Davis Landing. Early on, the two homeowner associations established a reciprocal relationship so members and their guests could use all of the parks, the only limitation being leasing of boat slips.

Interestingly, the renaming of North East Sound Park occurred before the official deed transfer. December 14, 1976, PIKSCO Board meeting minutes read: “A motion was made, seconded and passed to name the sound Park in which the boat Basin is located ‘Willard H. Garner Sound Park,’ in honor of former Board Member Willard Garner, now deceased. The Garner property abuts the park. Mrs. Garner gave her approval."


The deed transfer in 1977 was acknowledged in a letter to Ted Hearth, a representative of the Roosevelt family from Stone & Webster Management Consultants:

In a letter dated March 31, 1977, Chairman Lt. Col. Robert P. O'Neal, USMC, Ret. wrote to Mr. T. F. Hearth:
"The PIKSCO Corporation Board takes pleasure in acknowledging the grant of park properties in this subdivision as conveyed in the DEED UPON SPECIAL LIMITATION from the Roosevelt Estate. [iii]

Garner Park, as it is most commonly called, became a popular recreational area. Over the years, like other common areas, it has undergone changes. Alligators are no longer commonly seen in the area. Pumping water from flooded areas after hurricanes has sometimes caused the Garner Park canal area to fill with silt, but most changes are positive. In1975, PIKSCO added a volleyball court still in use today. In 1999, a covered pavilion with picnic tables and a new pier with benches for sitting out on the sound further enhanced the park. Close by the pier are racks with multicolored kayaks attractively and conveniently stacked, and in 2015 new racks were installed. 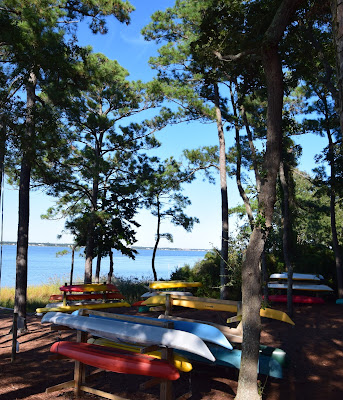 2015 photo by William Flexman.
Today, Garner Park is the perfect place for members of PIKSCO, PKA, and their guests to have a cookout, shoot some hoops, play volleyball, throw horseshoes, push a youngster on a swing, launch a kayak or just sit on the pier and enjoy a summer sunset. 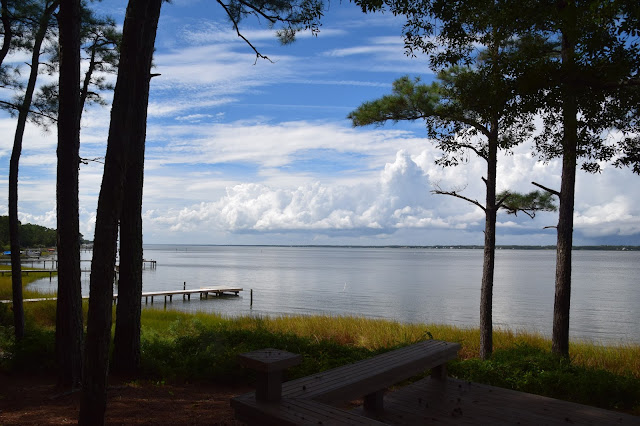 [i] An earlier version of this story appeared in the December 2008 issue of The Shoreline. It was written with the help of Ches and Mike Garner as well as with the assistance of Linda Cumberland, who was, at the time, keeper of PIKSCO records.