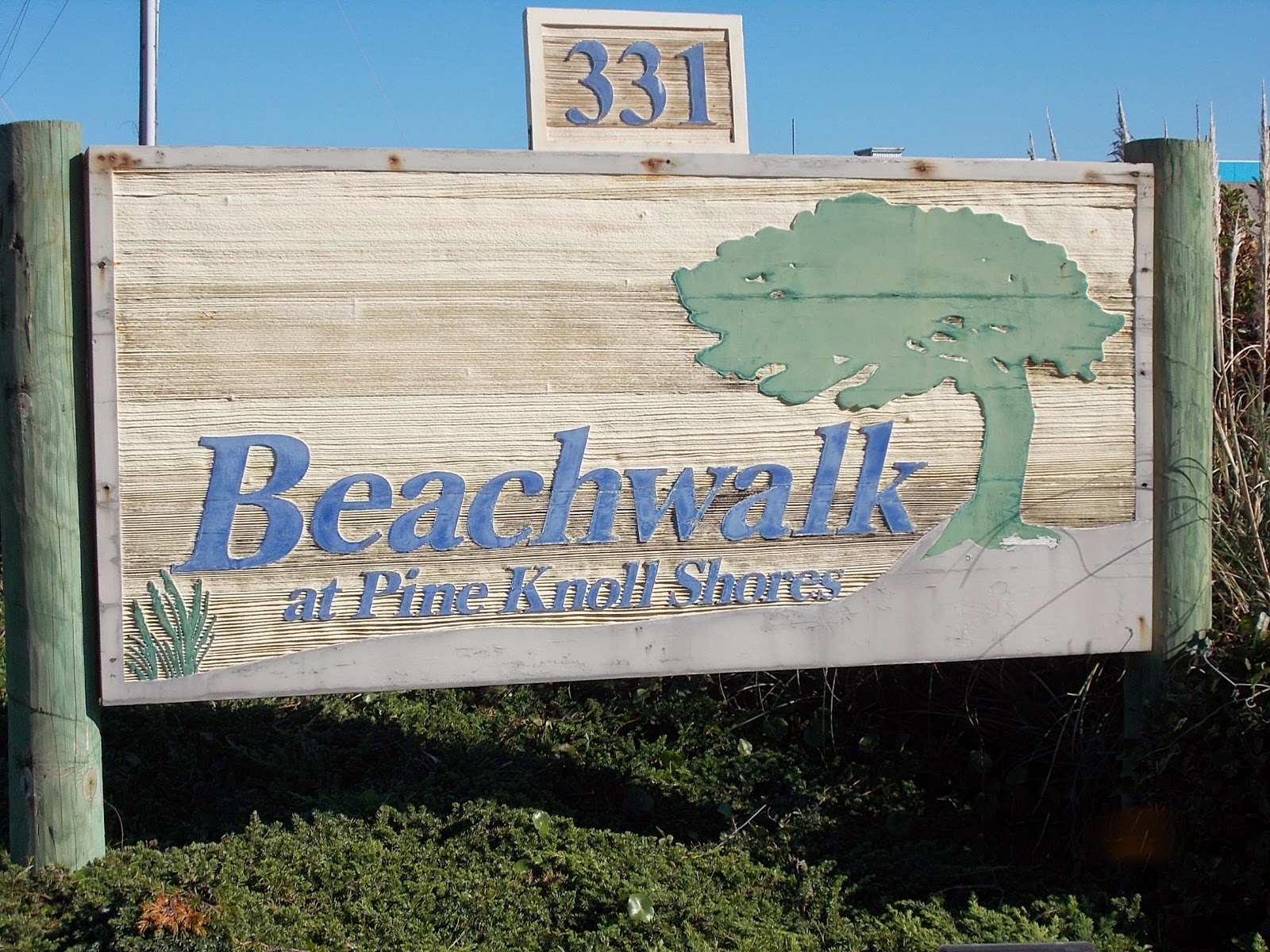 Construction in the 1980s would determine the final mixture of single-family residences and condominium complexes. In this timeframe, multi-family complexes dominated, but the influence of the Roosevelts’ attitudes toward conservation and the trends they set in developing homeowner associations persisted.

Part VIII of the Homeowner Association (HOA) series focuses on Beachwalk, an oceanfront condominium complex, which started to be developed around 1982. When it was under development, Pine Knoll Association, PIKSCO, Reefstone, Pine Knoll Townes, Coral Bay West, Beacon’s Reach and McGinnis Point were already on the map.

The following is a slightly altered version of an article that appeared in The Shoreline in 2010.

Beachwalk, a 51-unit oceanfront condominium complex just east of the Iron Steamer beach access, is appropriately named. Indeed, residents have a very short walk along wooden walkways through maritime forest to the beach.

Designed by Bartholomew Associates’ architectural firm from Raleigh, the original complex was named Beachwalk Villa Condominiums. NORCON Builders, Inc., began construction in 1982. Completed in 1984, the sprawling four-story coral-stucco building of steel-framed concrete has 40 single-floor units as well as six townhouses and five penthouses. The penthouses and townhouses each have four bedrooms and four baths. Other units have three bedrooms and three baths. 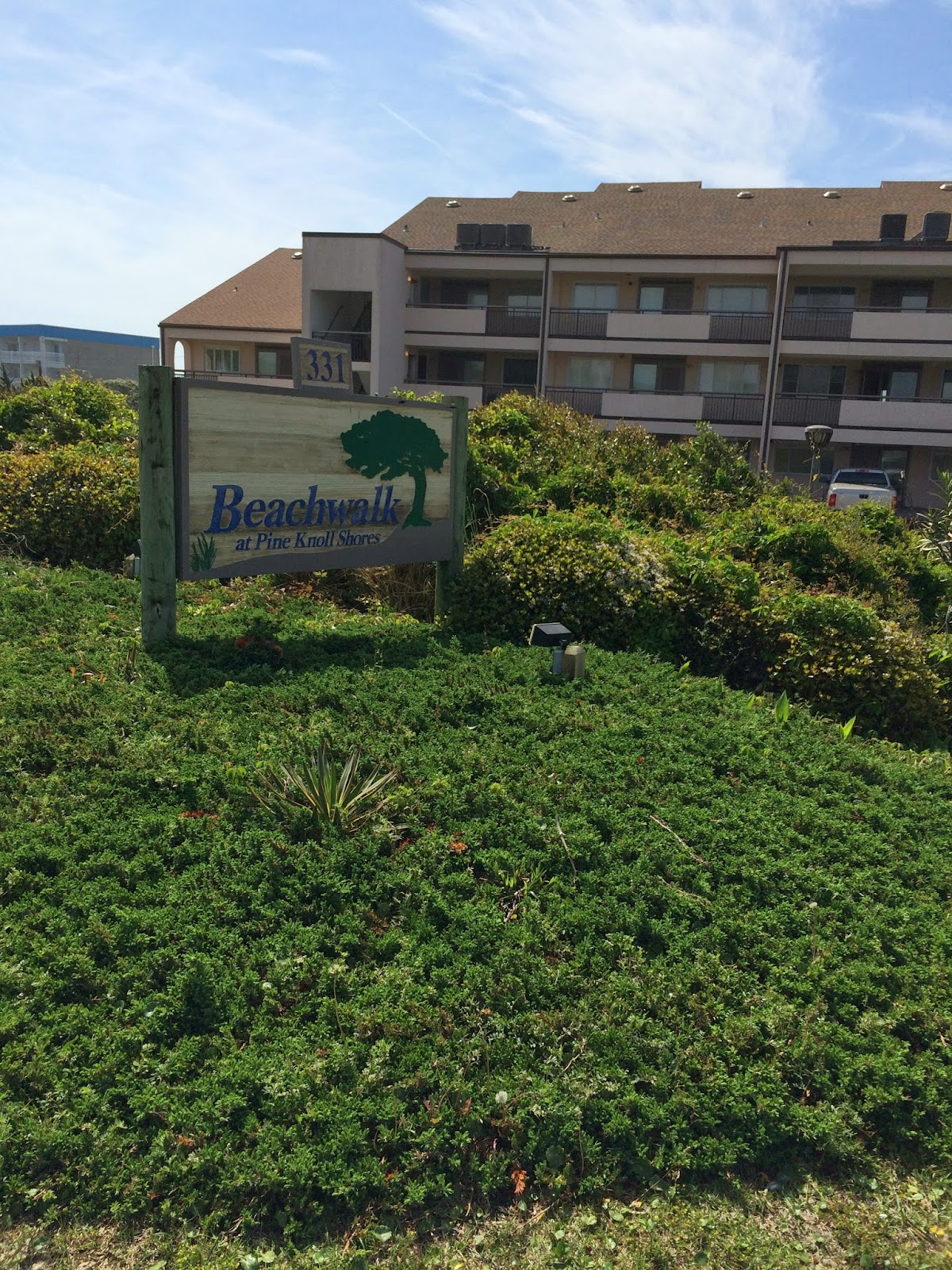 Parking is available in front of the building. First-floor residents can walk right into their units. A glass-walled elevator, which provides an ocean view, goes to upper floors. From those upper floors, one gets a good sound-side view of the Roosevelt Natural Area and ocean-side view of the beach.

Beachwalk provides a large round pool and grilling area for residents and their guests. The majority of the original property owners were native North Carolinians though some were from Virginia and states further north. For most, Pine Knoll Shores was a second home, though they spent a good deal of time here. Occasionally, some units are rented.

Beachwalk Homeowner Association is responsible for common areas. To describe the ownership structure of the condominium complex, Bob Nielsen, former president of the association board, says: “If you were to pick up and turn over a unit, all the contents that would fall out belong to the property owner, and everything that remains belongs to the homeowner association.” So, what residents own, they insure; what the association owns, it insures.

In addition to its other responsibilities, the Beachwalk Homeowner Association Board manages its own wastewater treatment plant, which they rebuilt in 2011. The original plant was in a steel box, which over time corroded. Since an effort by a consortium of homeowner associations with similar wastewater treatment issues had failed to interest the town in taking over wastewater treatment, each homeowner association had to deal with the issue on its own. This project represented a major capital investment and major expenditure of time, but the Beachwalk Homeowner Association completed the project and constructed an underground plant with underground discharge and the ability to use effluent to irrigate vegetation.

The homeowner association annually sponsors two social events—a Fourth of July parade and a Memorial Day picnic. On the Fourth of July, everyone, wearing red, white and blue—residents and renters—actually parade around the building, led by the association president, carrying a large flag.  Ages 2-87 participate. They raise the flag in the pool area, have boom-box band music, say the Pledge of Allegiance and sing the Star Spangled Banner. On Memorial Day, the association puts up a tent and provides hot dogs and hamburgers. Then for Labor Day, condo owners sponsor a Pig Pickin’. They invite their friends, and a large crowd participates. It’s also not uncommon, for residents to gather informally for cocktail parties on the sittum.