The story of the area that is now Pine Knoll Village is the story of a town center that could-have-been, but, finally, the development that took place there added to the single-home subdivisions and homeowner associations. 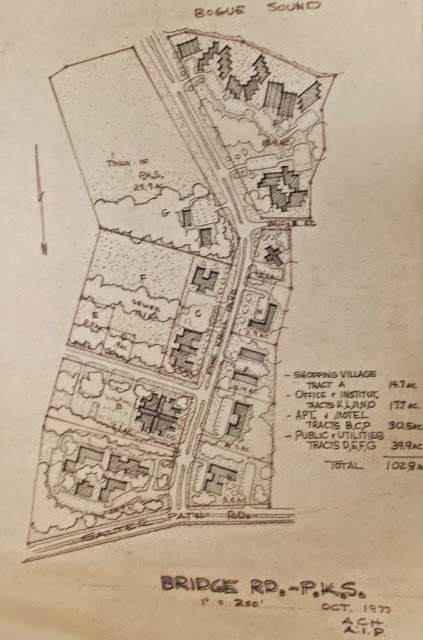 A.C. Hall's map of  what could have been.

Imagine downtown Pine Knoll Shores—not one commercial area with an office building, library and fire station but discreetly situated buildings and shops nestled in the maritime forest along a wide boulevard with landscaped median. As you turn off Salter Path Road onto this boulevard, a road on your left leads to a multi-story commercial building with a top-floor restaurant, offering both sound and ocean views. Farther north off the boulevard is a road to a marine center in the Roosevelt Natural Area. Veering northwest to a municipal complex, the boulevard goes all the way to Bogue Sound and ends at a bridge to the mainland.

Before the bridge, on McGinnis’ point, is a resort lodge owned by A.C. Hall, current owner of the Atlantis Lodge. The bridge and lodge are ideas A.C. Hall talks about. His 1978 planning-map in town hall reflects his vision of the boulevard. 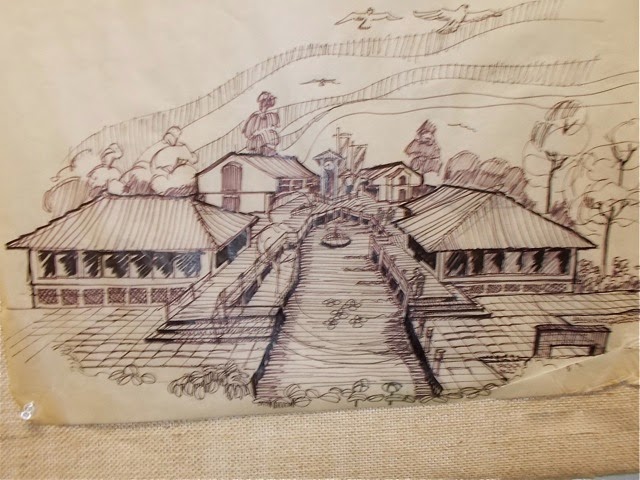 A.C. Hall drawing of alternate views of downtown PKS
Today, we access Pine Knoll Village commercial area from Salter Path Road. The boulevard is wooded, two-lane Pine Knoll Boulevard. It does have roads leading off it to the aquarium and town hall, but the rest of “downtown” has faded into history. In place of the multi-story commercial building with a top-floor restaurant is Pine Knoll Village residential area, a looped cul-de-sac with 11 single-family homes and 3 single-family lots. 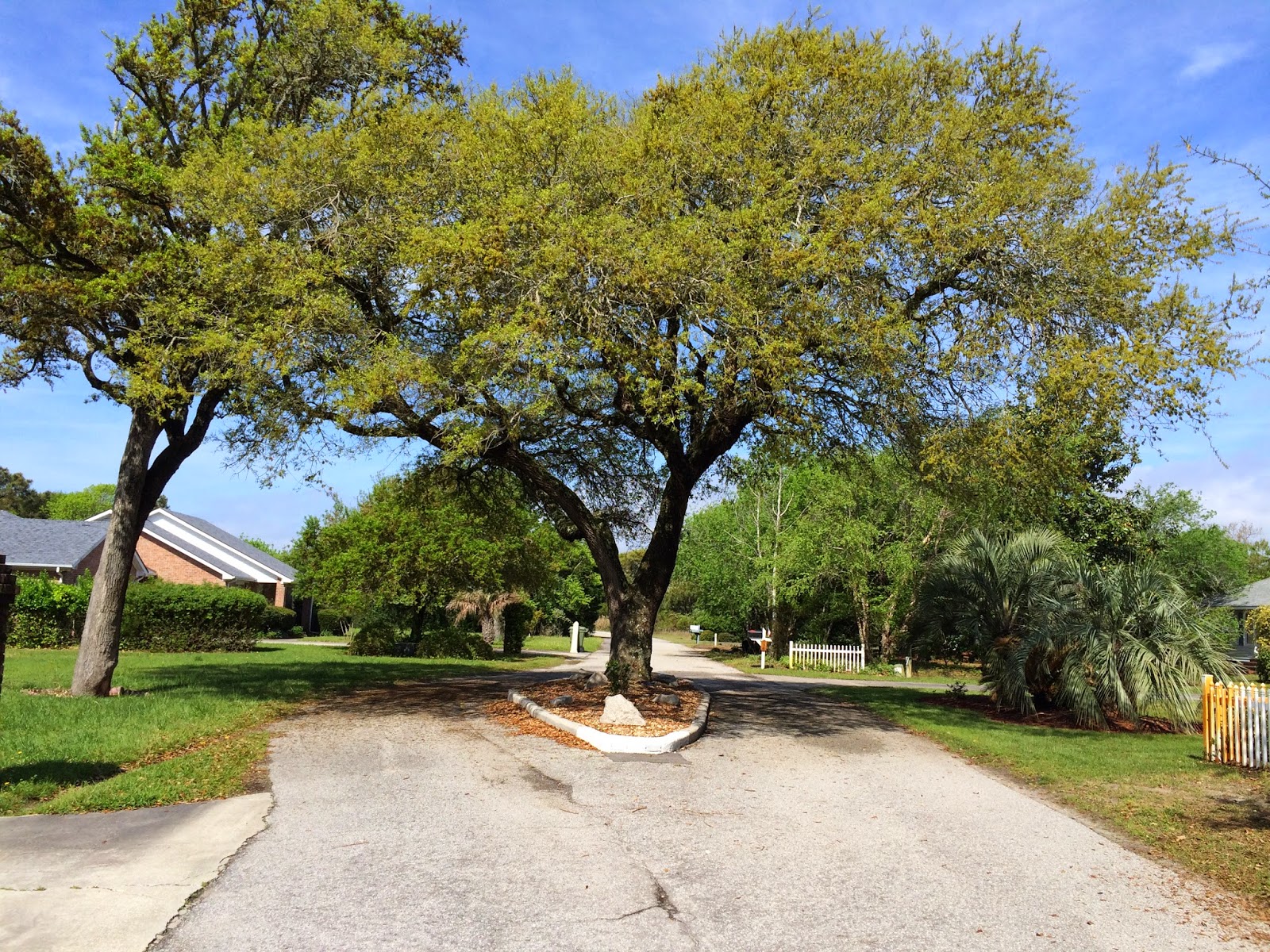 The property appears to have been clear cut, a sign the intention was to extend Pine Knoll Village commercial area. Also, lots are level and large, ½ to ¾ acres each. However, at some time in the 80’s, plans changed. Original covenants for a residential area, drawn up by Whitford, Kirkman and Jenkins law firm, are dated March 1, 1989.

Kathleen and Kenneth Kirkman were the property owners. (Kenneth Kirkman was a local attorney representing the Roosevelts at the time) The assumption is that they bought the land from the Roosevelts, drew up covenants to maintain standards for the area and created Pine Knoll Village Homeowner Association.

The Kirkmans also owned the property that is now Pine Knoll Village commercial area and developed that area, but they sold the remaining Pine Knoll Village land to Sammy Ballou for residential development. Sammy said he thought the land he bought had originally been intended for mixed use with plans for homes as well as commercial building, but what he bought was a plat for a residential subdivision, which came to be zoned R-3. Sammy put in a road, brought in water and electricity. He then began building homes and selling lots, starting with a spec house in 1989. He recalled building about four houses. On lots he sold, other houses went up throughout the 1990’s. The most recent home was completed in 2006.

Natalie Parmiter, a resident and past president of the Pine Knoll Village Homeowner Association, described Pine Knoll Village as a quiet, peaceful cul-de-sac surrounded by woods. On the north side, there is a lagoon, not visible from the road. The large lots allow houses to be some distance from one another and add to the quiet atmosphere. With the Roosevelt Natural Area around Pine Knoll Village, it’s not uncommon to see wildlife, including deer, in the neighborhood.

Another perk for living in Pine Knoll Village is that residents have a timeshare ownership for one week at the Whaler Inn, so they, like all timeshare owners, can use its amenities, including a beach access, year round.